Welcome back from Indigenous Education Department 2021 In most cases, when Indigenous soldiers returned home to Canada after serving our country, they were enfranchised, which meant their Indian status was taken away and they were now considered “Canadian citizens”.
The general population might think- isn’t that a good thing? Don’t Indigenous people want to be treated like “everyone else”?
Here’s the catch 22 with enfranchisement:
When Indigenous people were enfranchised it meant they lost the right to return home to their reserves (which were on a pass and permit system), separating them from their family, language and culture. It also meant they lost the right to hunt and fish on their traditional territories. As well as so many other rights associated with the Indian Act.
Because of enfranchisement, Indigenous soldiers were forced to live away from their homes, often in urban centres. They could not get jobs because of their race which led many to become homeless. The trauma associated with war, racism and the inability to connect with family and culture caused many of these soldiers to turn to addiction for solace.
Imagine serving your country, experiencing trauma and PTSD then coming home to that same country and being completely disregarded? In a country where we claim to honour and value our veterans and view them as heroes?
Today, on November 8th, we take time to acknowledge and honour the brave Indigenous men and women who risked everything to serve a country that has a history of discrimination toward them. Today we ask people of all nations not to feel guilt or shame but to simply be mindful and willing to learn.
If you would like to know more please visit:
https://www.veterans.gc.ca/eng/remembrance/people-and-stories/indigenous-peoples
https://www.aadnc-aandc.gc.ca/eng/1414152378639/1414152548341
Posted by SD52 AbEd at 09:53 No comments:

November 8 is National Aboriginal Veteran’s Day, also known as Indigenous Veteran’s Day. Our team has resources, links, articles and information that you can utilize to share this learning in your classrooms.

We will continue to add to this resource package as we come across new resources, so please feel free to share materials, ideas or photos of the ways that you and your students are acknowledging this very important day for Indigenous peoples across Canada.

Additionally, let the team at Wap Sigatgyet know if you would like more information or to set up a time to collaborate with a Curriculum Specialist Teacher. 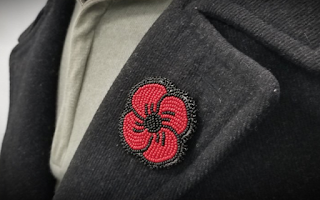 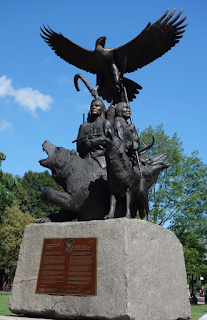 We would like to remind everyone that it is Secret Path week this week, in acknowledgement of Chanie Wenjack’s story. The Downie Wenjack fund has created this week in commemoration of the work of Chanie’s family and Gord Downie, in bringing Chanie’s story to light.

Also we have asked that everyone wear purple or black on Wednesday in acknowledgement of SecretPath Week and Chanie’s story. It is hoped that in sharing Chanie’s story, that we can continue to teach and learn about the true history of Canada, and create dialogue around reconciliation.

1.  You Hold Me Up- Monique Gray Smith

3.  When We Were Alone- David Robertson

3.  Picking Up the Pieces- Carey Newman and Kirstie Hudson 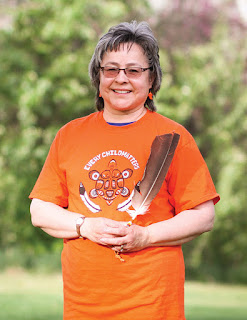 The Wap Sigatgyet team is back for another year of powerful and meaningful learning opportunities that we are so excited to share with our students and community!